Message from the Pastor 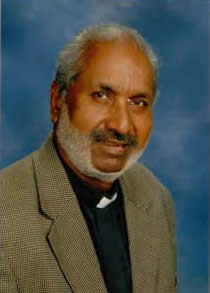 There are certain human experiences that are universally annoying, but everyone must experience them at some time. Like waiting in lines. And in our rushed and privileged society, it seems like we have less and less capacity for waiting. A woman tells of trying to get a table at an extremely popular and remarkably busy restaurant. She approached the hostess and asked quite brusquely, “will it be long?” the hostess kept writing in her hostess book, so the woman leaned closer and asked again a little more firmly, “Will it be long?” Without looking up, the hostess said, “About ten minutes.” A few minutes later, the woman heard this announcement over the speaker: “Willette B. Long, your table is ready. Willette B. Long, your table is ready.”

Is that what Jesus’ friends, the disciples, were thinking on the day of Pentecost when they gathered to pray and wait for the Holy Spirit? Will it be long? I read an interesting study this week that took place in Holland about awkward pauses in conversations. Have you ever been in a conversation, (friend, child, spouse or boss) and then the person you are chatting with suddenly goes silent? It is disconcerting, isn’t it? Researchers in Holland ran a study to measure how long a conversational gap must last before it creates negative emotions in the people involved. They discovered that all it takes is four seconds of silence in a conversation to inspire feelings of anxiety, exclusion, incompatibility, and awkwardness. Just four seconds of silence makes us feel insecure and uncomfortable.

A member of the research team summarized the study in the Journal of Experimental Psychology: “Conversational flow is associated with positive emotions, and a heightened sense of belonging, self-esteem, social validation and consensus. Disrupting the flow by a brief silence produces feelings of rejection and negative emotions.”

On May 23, 2021, our Lectionary Scripture passage (Acts 2: 1-21) ushers us into a long season of Pentecost, which runs for the next twenty-six Sundays ending on November 21, 2021. However, our Bible passage for today does not tell us how long Jesus’ friends, the disciples, had to wait until they received the Holy Spirit, the gift promised by God. I am confident that it was longer than four seconds! Did they experience feelings of rejection and anxiety as they waited? Not. They had spent 40 days with the resurrected Jesus. They finally understood that Jesus truly was God in the flesh. And they finally trusted that his plans were trustworthy, and his promises were true. Ask yourself, when you read this newsletter: How would it change your life if you trusted that God’s plans for you are trustworthy, and God’s promises are completely true?

I think we see the answer in the courage and obedience of the disciples. They had no idea what God was going to do, but they went to Jerusalem and they gathered in prayer and they waited just as Christ told them to. Jesus’ friends waited fifty days after Christ’s ascension to receive the gift of the Holy Spirit, but the payoff was worth it. Our Bible passage describes the moment the Holy Spirit came upon them like this: “Suddenly a sound like the blowing of a violent wind came from heaven and filled the whole house where they were sitting. They saw what seemed to be tongues of fire that separated and came to rest on each of them. All of them were filled with the Holy Spirit and began to speak in other languages as the Spirit enabled them.” (Acts 2: 2-4)

On the Day of Pentecost, the disciples of Jesus were gathered in an upper room in Jerusalem, All the original twelve were there, save one. Judas’ place had been taken by Matthias, who had been chosen by the casting of lots, that this was an unreliable means of choosing officers for a church board is attested to by the fact that Mathias is never mentioned again. I guess that is why we do not cast lots today in order to choose church officers.

Jesus’ brothers were there. The resurrection had obviously healed some wounds because his brothers had been embarrassed earlier by Jesus’ ministry. His mother was there, too. She was still pondering things in her heart. I imagine. Events too extraordinary for a simple Jewish mother to comprehend were far too commonplace in her life. The agony of the cross was her agony as well as his. His resurrection was joyous comfort. Still, though wounds heal, they leave scars. “The women” were there as well. We do not know their names. It was the cultural assumption of that day that women counted for less than men-women, slaves, children. A sad but common prejudice throughout the world. Yet the women proved themselves more courageous in the drama of his crucifixion than did the men. They were all there-still shaken by the evens of the past fifty days-saddened by the departure of their leader but willing to trust that Jesus would fulfill his promise and grant them the power to go on.

The disciples of Jesus were confronted with the task of replacing their CEO. Jesus had been crucified, resurrected and now had ascended to be with the father. He had spent three years training his disciples to carry on his message and his ministry after his death. But how do you take the place of the Messiah, God in the flesh? There is only one way: with the power of the Holy Spirit motivating and empowering his followers every step of the way. And that is what Pentecost is all about. Have a blessed walk with Jesus and in the power of His Spirit, during this Pentecost season. May God’s grace and love surround you and yours today and always. May God bring joy, hope and healing to you and the entire human race.